The Theory of Attachment

Attachment theory is all about the fact that a baby is designed to make their caregivers develop an overwhelming love for them and a need to protect them from the world. This means that the baby can survive & thrive, because without a caregiver the baby cannot live. If a baby was unable to engender this reciprocal relationship in their caregiver,  means literally that it is in great mortal risk, without care, food, and protection, they will die. If this vital bond is not made or is ambiguous, leading to sense of ‘am I safe, have they gone again..?’ then the child will always feel that their life is hanging in the balance. It is not something that time necessarily heals.

For a parent, they are also wired to react to the baby. Chemicals are released in their brains that make them the protector of the life before them. Nature has designed us to be the protector of the fragile life that we bring into the world, that we are responsible for, but for some people this chemical reaction is not activated. This may due to many factors, such as depression, alcohol or drug dependency, undiagnosed post natal depression or unwanted pregnancy.

This chemical reaction that swells the heart, also brings with it a new, unprecedented sense of fear and overriding responsibility. The child’s life literally lies in our hands. Before parenthood, the fear of mortality was usually a remote thought, but with responsibility for a young life, this fear can become uppermost in the brain. What if I crash on the way home? Who will care for my child? Fear becomes a constant nagging theme for parents, whose main aim in life is to deliver a child into adulthood. The focus goes from the couple to the baby, sometimes more on the behalf of the primary caregiver than the secondary, and this can cause tension, for the until then,  happy couple.

With adoption, this same process happens, but not always. The adopter may have wanted a child for a number of years and yearned to be a parent, but has been stymied at every juncture. The path to adoption is treacherous, exhausting and humbling. The wait interminable and then the call comes that a child is a possible suitable placement within the family unit. Panels meet and arrangements are made for the transition into the new family unit and the meeting with the child/children begins.

There is not a 9 month gestation period where the Mum carries the baby with her everywhere, and they get to know each other, literally from the inside out! All of a sudden…you are parents. The same fears sweep you up as if birth had been lived through.‘I must keep this child safe’, exacerbated by the fact that Social Services visit a lot in that first year. Inspection is made continually of your ability to parent, judge and jury in the guise of a 21 year old graduate, fresh out of University, pen poised, marks made, opinions indelibly transferred onto casework files. Your failings as a parent, not able to cope, are all studiously recorded.

Adopters have a difficult path in front of them on the whole. Divorce rates are high, the chances of your child having SEN is high, the birth family are forever present ( & this is not always a bad thing as an adoptee often feels the need to know where they came from). There is a misrepresentation in some social media comments that you have stolen the children and are distasteful predators. The sense of separation that will inevitably happen is minimised by well meaning family members and friends, because, well, they weren’t really yours anyway. How can you say you love them as much as if they were from your own womb, if you have nothing to compare that with? Oh well, you have done enough now…

The most important part of attachment theory is the letting go. Yes, a secure base must be built, roots encouraged to grow but then the young adult must fly solo. They have been preparing to leave. Teenagers become more interested and focused on their peers, less involved with their parents and this is a natural part of their development. They start to separate as they become teens. One parent I know said that the fact that their children disappear into their rooms for hours on end is all part of them making it easier for you to let go when eventually they leave the nest! What is there to miss, other than piles of washing, dirty plates with mould & sometimes that whiff of stale teenager bodies!!?

For an adoptive Mum, the sense of letting go can be compounded by the fact that they were not there to experience their childs’ earliest moments of life. For others, it can feel like a sad relief. As the attachment figure you are, as quoted in my book ‘Loving Eric’ Loving Eric, the lightening rod for all that is wrong in their world. The child focuses all their grief, pain, trauma (Trauma..Shockwaves Through the generations.).on you and their story is written in such a way that the primary caregiver is the villain of the piece. They can do no right. This process of heaping blame and criticism on a parent is like being pecked constantly on the head by a swooping bird of prey. They see their victim and glide in at great speed and gather momentum as they reach their target, claws out, beak sharp ready to draw blood. The drawing of blood from their prey is a way of letting emotions out, a form of self harm by proxy. You bleed, they feel relief at not having to carry their pain.

For parents who have lived with this for years, to escape the trenches can feel liberating and saddening in equal measures. To get up and feel free of criticism and judgement other than that which originates within yourself, is a buoyant feeling. At this point, it is normal that a child of 18 plus does get on with their own life. The hard part of adoption is that they are often far younger in their souls than their chronological age would indicate. Perhaps the only way they grow correctly from here on in is to be set free? Let go of being the parent and protector, the advocate, the counsellor, the therapeutic parent, the legal adviser, the campaigner, the secretary, the taxi, the bank….leaving you the role of ????? (Transitions into the Fall) 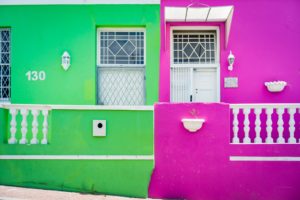 The art of letting go is not really discussed. The hope is that the young adults are ready to face the world, adopted or not, that they are resilient enough to cope with life. That the lessons taught, are somehow ingrained enough to be able to float from the unconscious to the conscious at the requisite time. Hope that if they need you, they know you are there. If they stumble, that you are able to set them up on their feet again. This is parenthood, however it comes about.

Attachment is about creating a bond that cannot be severed….the ties loosened, the time spent together reduced but are still in existence and made of strong enough material, that it will stretch and flex but never break. These ties provide a guide rope if the young person loses their way and has to find their way home in a storm. Home is where you are, even if they live elsewhere. Home is a secure base, forever present, but not alway seen. This is true safety & truly the very definition of attachment. Love, protect, endure & let go, but always be there, ready to accept them home.

Photo by Jude Beck on Unsplash

Sign up for a newsletter that is all about issues that effect us! Tips & free resources. Get free Beat Anxiety PDF