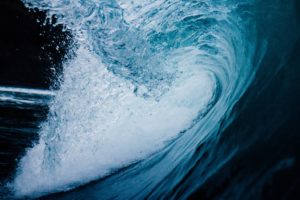 This is a favourite subject of mine at the moment, not in a voyeuristic way obviously but the fact that there is healing to be done for someone who has experienced trauma…that is what I find fascinating. I specialise in Adoption, Attachment & Trauma and all 3 are linked. Adoption & Attachment issues are rooted in early childhood trauma and other traumatic situations can hit at any time in our lives.
The good news is that therapy can help..with a one of trauma like an assault or car accident, then progress can be amazingly rapid, whereas with early trauma the path towards healing is a little slower and takes perseverance on the part of client and actually for the therapist as well!
Interestingly, I keep on reading from many sources, that sometimes the trauma is not actually ours but has its origins in the lives of our forefathers. So this my attempt to condense a very complicated subject, how trauma travels through the generations…and it helps me to understand my clients better, achieving healing on a deeper level than just talking achieved.
I often meet people in therapy who have deep anxiety, trauma or depression but their life to date does not give a full explanation as to why they feel the way they do. We are unable to unearth a trigger, an event or early neglect in their history. Their life has been quite uneventful, they had good parents, did not suffer abuse or neglect, have not been attacked or assaulted and yet they feel in the depths of despair. It is bit like looking through light refracted through glass…knowing there is something deeper there but the image gets distorted. 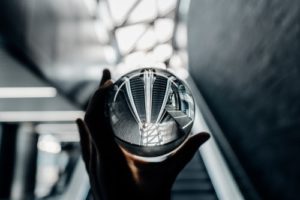 They believe that they should be happy with their lot but feel the polar opposite. They feel lost but we are unable to find a root cause for their inner turmoil. This can be very frustrating for them and can add to feelings of being beyond help, exacerbating their issues with mental health, because if there is no cause or reason for the despair, the question is posed; ‘am I a hypochondriac, a malingerer….? ‘ And a therapist can also harbour these feelings of being stuck, unable to help their client progress as we would wish. If someone presents as being activated but no idea why, that is when we look to our predecessors.
I was talking with a friend over coffee about the effect of stress and adversity on the cells and DNA of individuals. I spoke about my understanding that trauma can be transmitted through generations…she was skeptical because she has a PHD and is from scientific background, she wanted, correctly, hard facts and studies. Whereas I go very much from the gut and what I see in front of me in my counselling room, I work in the here and now and then I go into research mode to find out why things are the way they are. My friend comes from research first! 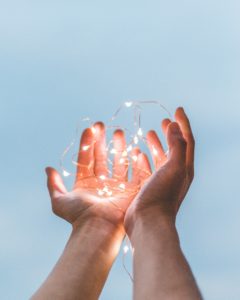 It is a complex area and I have tried to simplify what I have learnt, untangling the research into edible bites…hopefully not missing the point! Familia history commences before you were even born. As Mark Wolynn (1) states, 3 generations were all sharing the same ‘biological environment:
“When your grandmother was five months pregnant with your mother, the precursor cell of the egg you developed from was already present in your mother’s ovaries” ( p.25)
Likewise the sperm from which you were conceived, is present in its initial phase, when your father was in his mothers womb. This is how trauma is passed on from grandparents to current generations, the legacy being one of trauma or anxiety that is inherited.
The stress and emotional state of the mother actually can alter the genetic expression of her offspring, the adverse conditions that the mother experiences when carrying her child gets transmitted to her unborn foetus. This means that the child is basically hard wired to be reactive to stress, some research is claiming.
The study published in 2010 in Biological Psychiatry examined prenatal stress and it’s effect on neurodevelopment of the offspring. The findings showed that as early as 17 weeks from conception, babies who were exposed to increased cortisol ( stress hormone) in the womb, were shown to have their cognitive development impaired when checked out at 17 months of age. There is an indication that stress is being passed down from mother to child, effecting birth weight and causing issues with their gut, such as an increased incidence of colic. 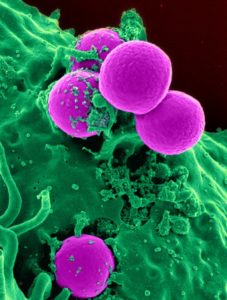 DNA is 2% made up of the information needed to say what our eye, hair colour etc will be. That means that 98% is called non-coding DNA ( ncDNA) and this is responsible for our personality and behavioural traits that we inherit from our parents. ncDNA is affected by stressors, toxins & things such as the food that is consumed by our birth parents, so the current research indicates.
Yehuda and her team found that children of Holocaust survivors who had PTSD, were actually born with low levels of cortisol, similar to their parents. Their further studies of children whose parents came from a war zone, have the same stress response passed onto them, a fear of loud noises may be inherited and this response does not correlate with the needs of the society they may now live in, i.e a non war zone. They act as if they are in that highly volatile, life threatening environment. Yehuda also states:
“We also found — and this really was very surprising to us, that Holocaust offspring had the same neuroendocrine or hormonal abnormalities that we were viewing in Holocaust survivors and persons with post-traumatic stress disorder. And later on, we refined that even more, so that we realized that the specific risk for certain things, like post-traumatic stress disorder, was associated with having a mother that had post-traumatic stress disorder.”
Epigenetics is being spoken about increasingly but what actually is it?
‘Epigenetics is the study of heritable changes in gene expression (active versus inactive genes) that do not involve changes to the underlying DNA sequence — a change in phenotype without a change in genotype — which in turn affects how cells read the genes.’ (3)
Epigenetic tags change how the DNA is expressed and can transmit a predisposition for health or emotional issues through the generations, they can be inherited from stressed mothers and increased levels are seen in people with depression & anxiety.
The changes to peoples DNA, Epigenticsa and inherited trauma are being discussed increasingly. It appears from the research conducted that more research is needed but early outcomes seem to explain presentations of depression, anxiety, PTSD where no exact trigger can be identified.
The most important factor that Yehuda says about trauma is to recognise that it happened but then:
‘what we have to do is give ourselves a little time after an adverse event, to kind of take stock and not be so hard on ourselves, or not set expectations, and just listen to our bodies and give ourselves the space to be quiet and to heal and to see, to ascertain what has been damaged and try to counteract that by putting ourselves in the most un-stressful, healing environment that we possibly can have, to counteract some of that and promote a biological and molecular healing process that might forestall some of the epigenetic and molecular changes.”
I love this paragraph, it is all about listening to our bodies and not rushing ahead, denying the pain that we may have endured. The connection with another person is part of the healing process, it gives reason to move forwards, not live in the past. Understanding that a lot of what you are suffering is driven by your biology, can help people sit with the feelings that run deep, because sometimes we have to really feel, no matter how uncomfortable it may be.
Trauma can be unlocked by using imagery, meditation and visualisation..all is not lost, our futures selves can unlock the trauma from the past that resides in our bodies. The trauma can be processed and rather than being stuck in time without story or context, it can be given the context needed to help heal.
Yehuda states:
“one of the studies that we published, maybe a year ago, showed that some epigenetic changes occur in response to psychotherapy. If we’re saying that environmental circumstances can create one kind of change, a different environmental circumstance creates another kind of change, that’s very empowering…..And really, it’s very important that although you can’t change what has happened to you in the past, there’s this whole future that you might be able to do something about.”
Change is possible!
References:
Main photo by Tim Marshall on Unsplash