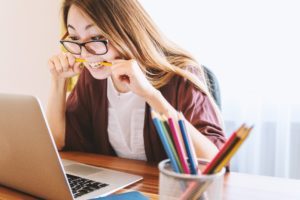 This is a blog about how Social Services hide inefficiency behind the excuse of austerity cuts. Yes, there is less funding available in all Public Sectors but my argument has and always will be that money does not make an imperfect system any less flawed or, necessarily more efficient. Until the people in charge of the funding distribution are no longer those with a vested interest in maintaining the status quo, nothing will fundamentally alter. Essential services will continue to be axed and the toll this takes on the lives of vulnerable individuals  will forever be overlooked because as along as the decision maker and their inner circle are safe from redundancy or wage cutting, they will think it is a job well done. 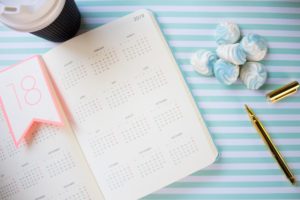 I have written many times about this subject in various guises. I wrote Loving Eric, my book about my complex son who has consistently been let down by all of the professionals involved in his life to date ( with a few shining examples that are the exception not the rule). Last August 2019, Eric’s life choices became somewhat flawed, shall I say! He was putting himself at risk and the future for him was bleak and indeed for us as a family.

After many months of emailing, asking, begging for help we eventually by the January cobbled together a Team Around the Child ( TAC) meeting. Eric by now was on what is known as Tier 3 in Social Services land…..an at risk young person. All acknowledged that he needed a mentor but this only came into effect in the May, by which time we were all on our knees. It was discussed that the last thing Eric needed was yet another short term intervention, a relationship forming ( because he is good at this with adults if not his peers) only for it to be whipped out from under him once again.

The last TAC meeting on the mouth of breaking up for the summer, saw this exact issue happen when his Social worker (who had met him twice in 7 months) announced that he was now going down from Tier 3 to 2 as things were more stable. As of that day, no warning, no preparation, no consultation with Eric or ourselves, (which is incidentally against the procedures laid out for such an event) his 1;1 support would cease.

After a very fraught meeting, it was agreed that the 1;1 support would continue for 1 more session (his worker negotiated 4 more!) and he would be assigned to yet another Social Worker. This had not been done prior to the meeting because…..well I have no idea! They all work in the same office!!! ( as stated in my earlier post!)  Working in a Silo, Creates Havoc!

We met his new Social Worker in August  who was still fudging the fact that he will no longer have the 1;1 support he desperately needs to keep him on the straight and narrow. The fact that a person from MOSAIC ( who deal with drugs, alcohol and sex education ) will see him for an hour a week for a short period of time was espoused to be a suitable replacement for the mentoring that he wants.

The only other service vaguely on offer is in the format of group activities which Eric hates. He cannot cope in groups and many of them are for more physically disabled individuals, which is not appropriate for him or them. It has been agreed for over a year that this provision is not for him but we keep coming back to it again and again as there is nothing else… 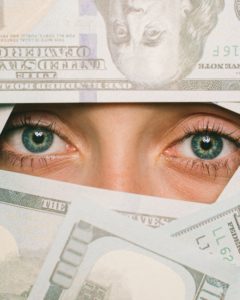 The reality of Social Services & Resources

The true cost of Eric is negligible to Social Services up until now and he is 17 years old. He has had named people allocated to him, there have been meetings, people have floated in and out of our lives, every time requiring that we rehash old ground, attempting to encapsulate our complex son in a way that they can understand, because what you see is not what you get.

Who has actually worked with Eric? Only the 1;1 worker has truly worked with him and made a difference. The other help is for an Educational Psychologist who works with him therapeutically but this is funded through the Adoption Support Fund ( ASF). He has a Social Worker allocated through Adoption Counts but he has seen her once, and I have seen her 3 times in 12 months!

The cost of the 1;1 that is being ripped away from him like a sticking plaster that has well and truly stuck to a barely healed wound, is minimal in the grand scheme of things because this Intensive Support Worker will not be paid anywhere near the amount that the Social Workers get paid and we are in real terms talking about 2 hours a week….yes, 2 hours a week!!! 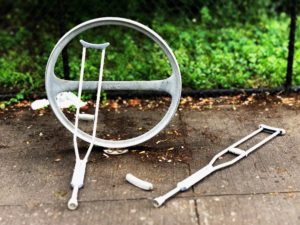 Take the Crutches off that Child for he can walk!

I feel that short termism trumps common sense and empathy. It is like ripping crutches off a person because they can walk…with them. It is the same as having an eye test and prescribing glasses allowing the person to read with ease. Then upon seeing that they can now read the font clearly, the glasses are removed and then everyone wonders why they complain about their vision deteriorating once again!! This is also not a new theme!  The Human Face of new Disability Legislation

This travesty is not unique to our son. This is a way of working that has become accepted practice, institutionalised incompetence. Until Social Services really look at the needs of the child and the family and start planning to meet them in a long term way, society will continue to be damaged. The youth of today, for whom the social conditions are becoming more bleak, and their needs more complex, are our future.

Lack of support and no continuity in support means that they are more likely to fall through the cracks. They are more likely to become marginalised, criminalised and/or exploited. They are less likely to get an education, to secure employment. As they go into adulthood, the deficiencies of the system to support them in their formative years will come home to roost. We have been left without support all too often.

As a parent, the fight should not be so tortuous, so painful, forever feeling that you asking for the impossible, feeling as if you are extending your hand as a begging bowl looking for handouts that you do not deserve. I talked about this in this blog…Adoption Support is not available!

The reality is that adoption saves the country £100,000s, the families and young people are entitled to meaningful support.

Support must be planned, coordinated, communicated and consistent. It must be administered with empathy and compassion and parity. Responding to emergencies only, is doomed to fail and its cost far outweighs that of early intervention.

I am & always has been happy to discuss with the powers that be my experiences, to share how services actually impact on the child and family…