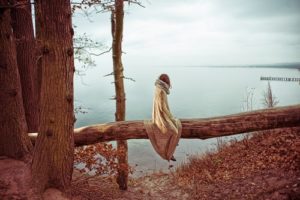 I am writing about my experience with Eric, my adopted child who is now 16 and has many complex issues. I write because it helps me to process my thoughts and frustrations but also with the aim of making other parents/carers feel that they are not alone. Living with a child or young person with these issues is a lonely path t0 tread, few people get how soul destroying life can be when faced with ongoing challenges and stress.
The issue is that the ability to manage Eric’s life is not in my hands, if it ever was. But when our children are small we can keep them safe on the whole. We can choose their friends, we know where they are, clean their teeth and put them to bed. As they approach adulthood they stretch every boundary and seek to sever their ties to their parents. Some of this is obviously healthy and natural, but add on top of these normal teenage issues, the many layers of complex needs and life becomes one long battle where fear is the predominant emotion.
As I have written before, Eric makes appalling choices in friends and is all too easily influenced by the next best friend to appear on his horizon. With this unhealthy alliance, pandemonium and anarchy take hold. Currently he is refusing to come home, leaving college without permission, he morphs into the latest person who grabs his attention. So desperate to fit in, he tries to emulate them, become them. He is manipulated by some, extorted and encouraged to cross lines that he knows he should not. He is so painfully naive and could all too easily be the one left holding the bag of drugs as the Police swoop in. His nativity makes him a willing victim.
My job is to keep him safe against his will. My job is to give him a future even though he is the saboteur. He clashes with me and lashes out at me, blaming me for being too overprotective, ‘other 16 year olds can go out, hang around until 1am in the park, drinking. Why can’t you be more like their parents?’.
I have been asking for help in this current phase since August. We have been to HYM’s ( Healthy Young Minds) but were only offered limited sessions in a CBT ( Cognitive Behaviour Therapy) framework and past experience of HYM’s left me sceptical about the help they could offer. I had already reached out and engaged the help from the Educational Psychologist that we have been paying for privately, a financial outlay that we can ill afford. Even when he went missing, we had a phone call from someone from the missing team ( as you can see I am vague on the details because they never got back to me!) but no follow up.
The only contact I have had with the post adoption workers is when I have emailed. I am informed by the college and the social worker that there are no resources for this sort of situation. Services have been cut but if we as parents were less involved, then in all likelihood resources would freely come our way. If we were in crisis then resources would appear from the ether apparently.
How short sighted is this? Cuts have been made to front line services, to some of our most vulnerable members of society. This is no cost saving. Abandoning young people and families in their hour of need will just lead to more young people being discarded by society. Help is needed at the beginning of this sort of high risk behaviour because a prison cell, psychiatric facility or care home is far more costly.
Post adoption support was supposed to have been overhauled and service provision more innovative when the new Regional Adoption Agencies were developed. The overhaul has created some of the delay in accessing help. A cynic would say, “was this the intent?” A delay that sees families collapse or conquer, either way a cost saving perhaps??. No providers can deliver services until they are on the ‘Chest’. The Chest only opens 3 times a year and is unwieldy in the extreme, expecting Counsellors to have the same infrastructure as the largest organisations. The form is self defeating and squashes innovation. Many private therapists have given up applying to get approved providers for post adoption work because of this bureaucratic monolith.
Post Adoption support still only offers , in my area at least, the same courses as it ever did. Perhaps the odd coffee morning but no real support when I need it. No kindly chat, recognising the fear. No suggestions just a comment that they do not have any resources. Perhaps the least helpful quote:
“Hi Laura
I will definitely be there on the 14th, although I don’t know what else I could put in place to address the escalating concerns for Eric. Maybe we need to think about a re-referral to children’s services? “
This from an ‘expert’ in the adoption field! My heart just crashed into a new, ever lower reality! The providers of his 4 hours of 1:1 support stopped providing well before the summer. Where has all of that funding gone? We are told that the only options in the future are group activities, but these have still not started and are a nightmare for Eric because he cannot get on with his peers! Therefore, there is no respite. There are no mentors, there are no solutions apparently. There is no support.
I am not alone, many other adopted families and families with young people who challenge, experience the same frustrations. I feel that more should and could be done. Prevention being preferable every time.